Are you on the lookout for reasons to throw a party? Have you been pinning party ideas to your Pinterest boards, but have no upcoming event to use them for? Well you’re in luck, because we’ve come up with 25 reasons to throw a party! If there is anything we believe in, it’s that there is no such thing as too many parties – especially a party for no reason. We are in the business of celebrations after all and the best things are unexpected! So why not throw the two together and throw a bash just because you feel like it! Keep scrolling from some awesome excuses to throw a party.

3. Mercury is in retrograde and you need. a. break.

4. Mercury is finally NOT in retrograde! Time to celebrate!

5. It’s football season, baby! Get out the chips and dip.

6. You went to Target and ONLY bought the things you went in for. You need to celebrate!

7. You just bought a new outfit that you need to show off.

8. You saw some party ideas on Pinterest that you’ve been dying to try. (Hint: tap Archive and the best party rentals in Los Angeles to make it a show stopper) 9. Outrageously extra charcuterie trays are SO on trend and you love cheese (who doesn’t?)

11. You got new pillows at HomeGoods and you need to show them off. 20. The kids are finally in school again! Time to kick-back and relax with friends.

21. You’re about to move away and want to say goodbye to all your family and friends with a killer soirée!

23. You made a killer playlist and you’re ready to dance!

24. You haven’t seen any of this summer’s box office hits. (Rent them and throw a backyard theater party with the best event rentals in Santa Monica). So now that you’ve got the party juices flowin’, let Archive be a part of your event planning and it’ll be a soirée to remember. With inventory ranging from Mid-century modern, to bohemian, to classic or eclectic, we have a little something for everybody. Whether you are throwing a backyard bash or a classy cocktail party, we’ll help you design an unforgettable and unexpected soirée. 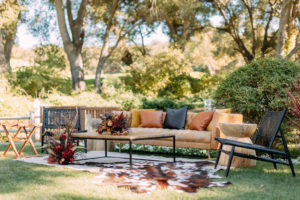 Let’s Transition from Fall to Winter

Stay in the Know

This is going to be fun!

SUCCESS!
YOU NOW HAVE VIP ACCESS TO
ALL THINGS ARCHIVE